Michael Forrest was born in London but grew up in Aberdare, South Wales and was educated in Jones's West Monmouthshire Grammar School, Pontypool. He was a first generation Sandwich Course student in Glamorgan Technical College (now the University of Glamorgan) and studied Applied Physics. Graduating in 1957 he joined the United Kingdom Atomic Energy Authority at Harwell and later Culham Laboratory (Oxfordshire) to work on the then top secret projecton Controlled Nuclear Fusion. 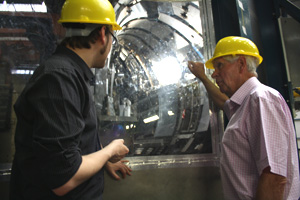 Right: A lunch break in cross country skiing outside Moscow

He played a pivotal role in the development of Laser Light Scattering as the standard method of measuring the temperatures of 10 to 100,000,000 degrees, the operating temperatures required for Fusion Reactors. As a result Russian researchers invited him and a U.K.A.E.A. team to Moscow to confirm their controversial Tokamak experimental results. This was to lead to collaborative experiments in Frascati (Rome), Lisbon, Tripoli and Dusseldorf, and invited talks in Stockholm, Princeton (U.S.A.) and Japan.

He is a Ph.D. examiner for the Universities of London, Glasgow, Sydney and Dublin. Publications include 43 refereed journal papers and over 100 conference papers. For his pioneering research work he was awarded a Higher Doctorate. He is a Chartered Physicist and is a Fellow of the Institute of Physics. Currently his life story and career is being recorded for the British Library project An Oral History of British Science. 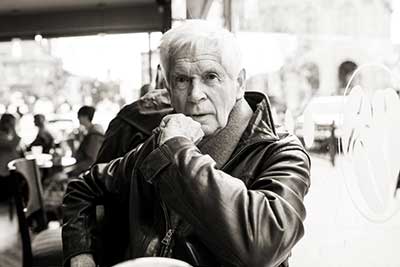 Mike has ennjoyed writing so much he is now writing novels and published his first in 2017.

Costa Man is a thriller with added pigeons! Read more ...